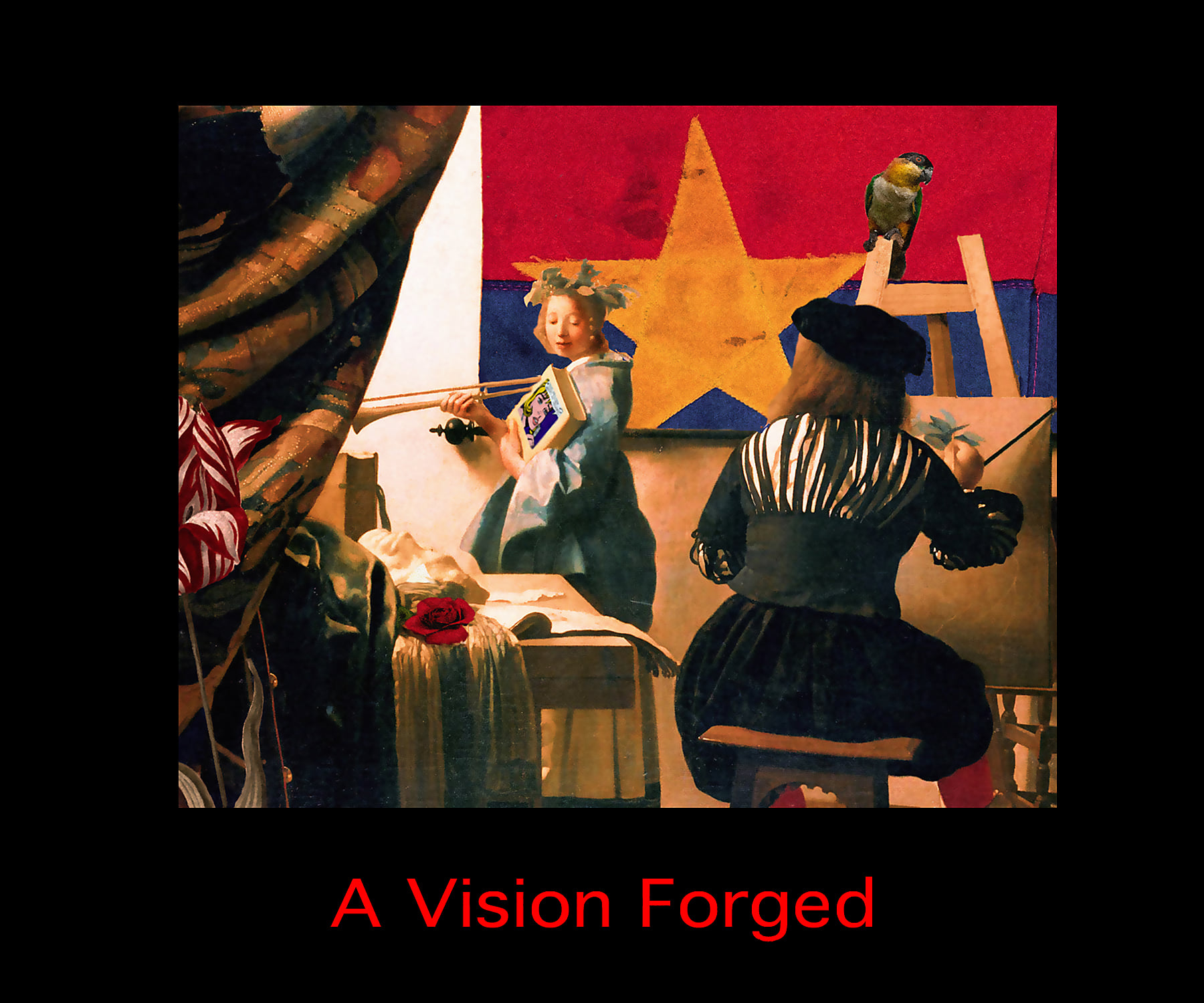 Peter Wise is a well-known Artist from the Worcester area. The conscious motivator of Peter’s work is dadaism, which is the subversive cultural practice frequently called “anti-art.” He seeks to use classical art, and it’s opposite (dadaism) to create an entirely new expression through images, much like the idea of juxtaposing normally separate images to create new meanings in an assembled finished work. By combing social and political inferences Peter’s work stays grounded in the real, yet leads the way to perceive human realities for the viewer assembled to produce a meta-reality. Since his work in montage draws from the prior art by others, it would be fair to say there’s a strong element of post-modernism, where all things become relative and not absolute. The majority of the works shown are digitally created montages printed on aluminum.